Italy is generous with architectural testimonies from all ages, which make the country the richest in the world, about this. The Venetian Villas are an outstanding part of it; the buildings are at an area larger than the Veneto Region itself and are studied, classified and conserved by the Venetian Villas Regional Institute (I.R.V.V.).

The catalog includes not only the villas built during the flourishing of the Serenissima Republic of Venice, but also those built in the period following its fall (1797), until the XIX-XX century, for a total of over 4.200 mansion houses.

The A.R.I. (the Italian Amateur Radio operators) branch of MESTRE (code 30-04 – ASC W13) proposes and issues the “VILLE VENETE” Award to celebrate its 40th year of activity and as a natural evolution of the “Ville Venete della Riviera del Brenta” Award, established in 1995. The Riviera del Brenta is a land on the banks of the river Brenta, between Venezia (Venice) and Padova (Padua) and the Award aimed to make known its Venetian Villas. The Award we propose today – the VILLE VENETE Award – is a noteworthy extension, concerning a much larger area in two Regions: Veneto and Friuli-Venezia Giulia, which host all the Venetian Villas. Ten Provinces are admitted by the Award: Venezia, Padova, Treviso, Vicenza, Verona, Belluno, Rovigo (Veneto) Pordenone, Udine and Gorizia (Friuli-Venezia Giulia).

The Venetian Villas are encoded by the ARI branch of Mestre with a progressive number, according to the following scheme: DVVnnnn (Diploma Ville Venete reference number).

The full list of the villas can be downloaded from the http://dvv.arimestre.it

The Award can be granted to all the Italian and foreign OMs and SWLs who will carry out, from September 1st, 2017, the number of QSOs or HRDs required by this Regulation.

All HF bands, including WARCs and all modes are valid. QSOs / HRDs made via radio link are not valid. It’s a permanent Award and will be issued, free of charge, in electronic form with PDF format. The Basic Award only may have an annual character, and can be achieved every year after the first with the same modalities.

Hunters and Activators can check their position on the web site http://dvv.arimestre.it, and apply for the award when they reach the qualification required.

The award will be sent via e-mail by the Manager. The holders can quote the title in QSL and correspondence.
These rules applies also to OMs and SWLs of the ARI branch of Mestre.

HONOUR ROLL for succeeding in at least 100 QSOs / HRDs distributed in 6 provinces and 2 regions.

TOP HONOUR ROLL for succeeding in at least 200 QSOs / HRDs distributed across all 10 provinces.

After the Top Honour Roll, advancements are made every 100 QSOs / HRDs certified with differentiated awards.

Free of charge, to hunters will be sent the Award “VILLE VENETE DELLA RIVIERA DEL BRENTA” printed on parchment paper, size 28×43 cm, when they will obtain confirmed QSOs from villas activated in the Riviera del Brenta(*2) according to the following scheme:

SWLs, to obtain the award, must submit a log extract with the list of HRDs made, reporting date, time UTC, correspondent’s call sign, frequency, code of the Villa. Other infos are optional. Also, they must indicate the valid e-mail address where they want to receive the award. It will be sent by the Manager after due verification.

Applications must be sent to the Award Manager I3VAD: email to i3vad@terranea.it

Periodically, the site of the A.R.I. branch of Mestre will update the list of activated villas, acquired awards and activators.

To validate activations of a Venetian Villa, activators must comply with the following simple rules:
1) Villas can be activated by all OMs, both Italians and foreigners, without need to warn the manager, though any notifying is useful for spreading the news;

2) It is possible to activate only the Venetian Villas listed in the list compiled by the A.R.I branch of Mestre with a reference number assigned according to the following scheme:

DVVnnnn (Diploma Ville Venete reference number). The complete list of villas can be downloaded from the site http://dvv.arimestre.it; If the activated villa has other award references such as DCI, WHSA, etc. the activator can simultaneously forward all known references while DVV operation. There is no foreclosure of simultaneous activation of other sites close to the villa only if in full conformity with the relevant regulations and will be mentioned the DVV reference.

3) The transmitting radio station must be placed with utmost respect for the environment and within a maximum radius of 500 meters from the Villa itself, or its boundaries in case the access to the Villa is forbidden. In this case, the activator must report it in the “comments” section of the accreditation form.

6) In case of activation by multiple operators with different call signs, from the second a number of 30 QSO will be needed per call sign.

9) If an activation is not approved by the manager because it is flawed by serious mistakes or negligence, or if all the rules have not been respected, it cannot be activated again with the same call sign. However, QSOs / HRDs performed by OM and SWL are safe;

BASE AWARD: at least 10 activations in 2 different provinces.

EXCELLENCE: for having activated all 10 provinces.

After the Top Honour Roll, advancements are made every 50 activations with differentiated awards.

Activators who will activate 10 villas in the Riviera del Brenta (*2) will be awarded and sent free of charge the “VILLE VENETE DELLA RIVIERA DEL BRENTA” Award, size 28×43 cm, on parchment paper.

(*2) – For Riviera del Brenta is intended the area, between Venezia and Padova, that includes the municipalities of Campagna Lupia, Campolongo Maggiore, Camponogara, Dolo, Fiesso d’Artico, Fossò, Mira, Pianiga, Stra and Vigonovo where are located a total of 245 villas.

The A.R.I. branch of Mestre has the right to make to this Regulation all the changes deemed appropriate for updating. 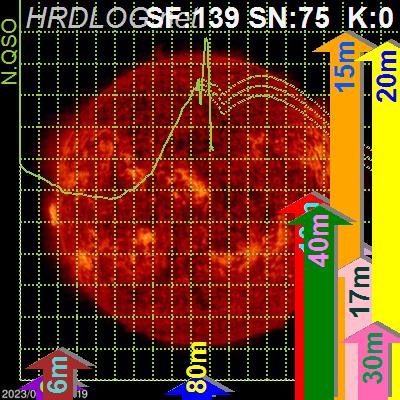